February 24, 2012
Brain ---> The brain is the center of the nervous system in all vertebrate and most invertebrate animals—only a few invertebrates such as sponges, jellyfish, adult sea squirts and starfish do not have one, even if diffuse neural tissue is present. It is located in the head, usually close to the primary sensory organs for such senses as vision, hearing, balance, taste, and smell. The brain of a vertebrate is the most complex organ of its body. In a typical human the cerebral cortex (the largest part) is estimated to contain 15–33 billion neurons, each connected by synapses to several thousand other neurons. These neurons communicate with one another by means of long protoplasmic fibers called axons, which carry trains of signal pulses called action potentials to distant parts of the brain or body targeting specific recipient cells.

Death ---> Death is the term used to describe when biological functions that sustain a living organism cease. Phenomena which commonly bring about death include old age, predation, malnutrition, disease, and accidents or trauma resulting in terminal injury. Bodies of living organisms begin to decompose shortly after death.

Brain death ---> Brain death is the irreversible end of all brain activity (including involuntary activity necessary to sustain life) due to total necrosis of the cerebral neurons following loss of brain oxygenation. It should not be confused with a persistent vegetative state. Patients classified as brain dead can have their organs surgically removed for organ donation.

So this is what I've been experiencing for the past 4 days. I should say suffering actually. A whole weeks work, includes only of, copy and paste, hundreds of items 9 hours a day (I mean of 'cause in between there's some other stuff as well other then doing this work). How fun is my job? Real fun. =p 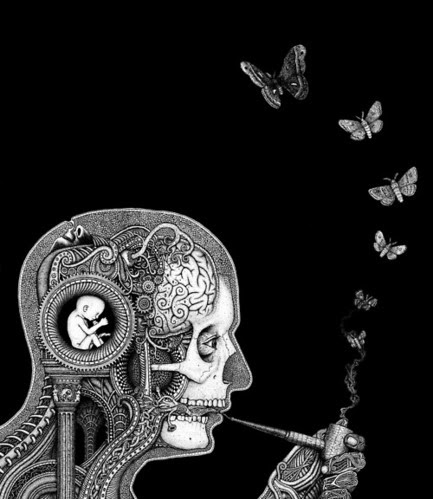